In 1832, Thomas Wogan Browne grants a 31 year lease to William Walsh for land and buildings.

In 1857, on the death of his father, Peter was granted a lease for 31 years on the same lands, effectively inheriting his fathers interest. Peter married Margaret Lalor on 27th June 1859. Peter died in the 1870’s and Margaret then married Henry Travers, see below.

An important court document allows us to trace the pub’s origins to at least 1816.

By virtue of marriage to the now widow Margaret Walsh (nee Lalor), Henry Travers became the licensee. This court extract of October 21 1893 states how Henry Travers received the licence from his wife in 1876 (16 years prior to the date of this court extract). It also states that this was a licencesed premises for 60 years prior to that date, i.e. circa 1816. At the time Mr Mark Travers was seeking to have the pub licence extended from 6 days to 7 days – he was refused ! Henry died in 1902, born in 1842, he was 60 years of age. His wife Margaret died on 8th February 1909.

Margaret Walsh’s children both run the premises, ultimately leaving it to their youngest sister Nora who sold it.

Thomas & Margaret inherited the business from their mother. Thomas was brought to court in October 1913 for serving drink on a Sunday, a clear sign he was the proprietor at the time. He died in February 2015 after a protracted illness and the licence was transferred to his sister Margaret (married to James Duffy) in October 1915. Margaret ran the business until 1922 when she passed aged 59, leaving it to her sister Nora Nolan. Nora came home from America where she had been for 35 years in order to sell the property. 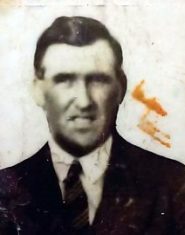 Bartholomew Kelly runs pub for 7 years and puts it up for sale in October 1929.

James built the pub as we know it today

James Cooney is responsible for what we see today as the pub building. After a lucrative number of years trading, especially through the war years, James built the fully concrete building in situ today. His name can still be found cast into the floor at the pub doorway. James Cooney sadly passed away on 19th July 1948 at the age of 48. The premises was sold on 21st September 1951 at a public auction. 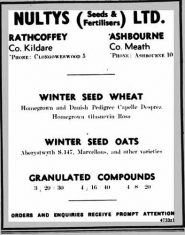 Patrick tragically died in another of his business premises, Dardis & Dunne’s, on 4th August 1956 at the age of 40.

Patsy Tierney & Family probably saw the pub at it’s busiest as the factory expanded through the 70’s & 80’s. Patsy was much loved by the customers and after his passing his wife Anne and daughters kept pub in good spirits.